One day Mick Oxley began to paint. Endlessly fascinated by the natural world on his doorstep, he became engrossed with light and texture - and personal expression captured within the fleeting moments of a crashing wave or a glimpse into the otherworld of a rock pool.

His work consists of two main types. Firstly, watercolour and acrylic seascapes which are a response to the changing weather, the scudding clouds and the roll of the sea. This work is influenced by, among others, Turner and Len Tabner, who is a great observer of the North Sea.

Secondly, the more textural works take their inspiration from the shoreline adjoining his home and the rock pools left stranded by the ebb tide. This has become a medium for experiment - catching light and shade of the natural world in bold gesso textures, vibrant acrylic paints and fleeting jewel-like inks. Repeatedly seen forms and motion transcribed into texture, the interplay of colour, fleeting light with flora and water, all fascinate the artist. 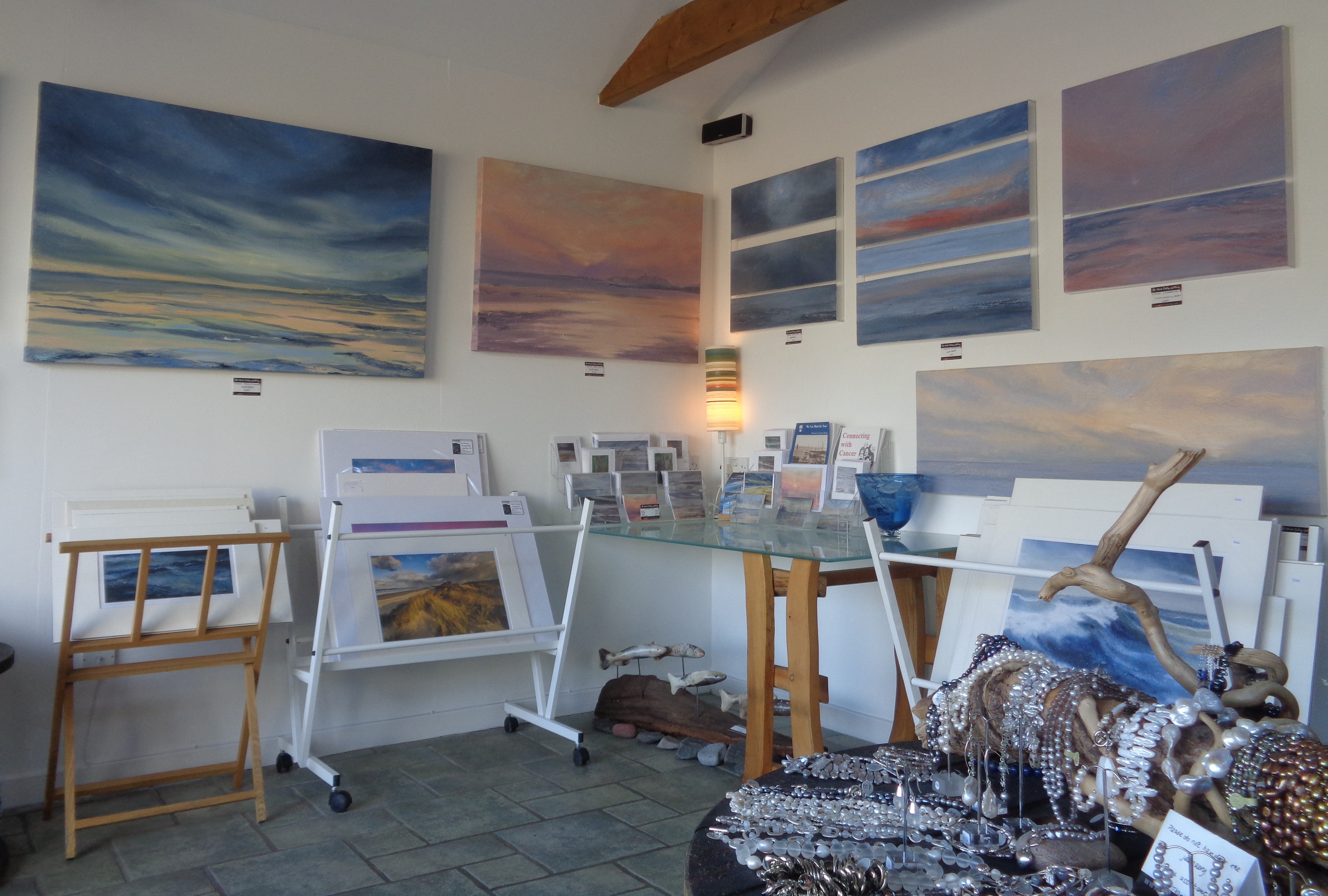 The Mick Oxley Gallery at The Joiner’s Shop, Craster is a purpose designed space giving visitors the opportunity to purchase original works, limited edition prints and a wide range of cards and gifts.

We are currently open from 10.30am to 5pm every day.
In order to keep everyone safe we are restricting the number of people who come into the gallery at any time and require everyone to wear a face mask.

Mick will also meet clients by appointment. To arrange this please contact him via the contact page or info@mickoxley.com


We look forward to welcoming you.